5 steps you can take to avoid Chronic Gastritis 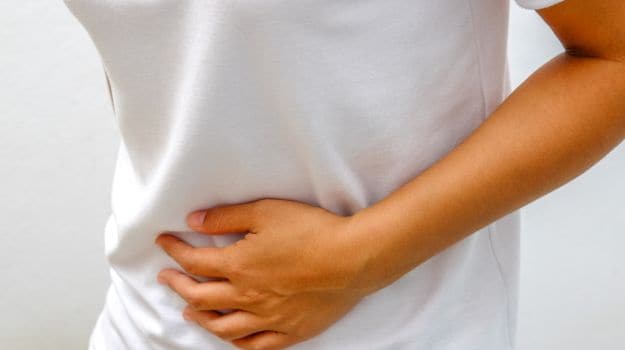 Chronic gastritis is a medical condition where there is an inflammation to the lining of the stomach that occurs over a long period of time. The symptoms include abdominal discomfort, loss of appetite, cramping and even an increased heart rate. It has two main causes, mainly are Helicobacter pylori infection and anti-inflammatory drugs. H. pylori is a bacteria that has the ability to penetrate the lining of the stomach, allowing ulcers to form. Anti-inflammatory drugs such as ibuprofen and aspirin. These medications as well as tobacco smoke, alcohol and high amount of stress may also irritate the stomach lining. Usually it clears up on its own within two to three days. However, if the symptoms appear longer, you should receive medical attention. There are five steps that you can do to avoid chronic gastritis:

These drugs often lead to stomach ulcers as they reduce the production of prostaglandin which in turn reduces the production of mucus that is highly protective at the walls of the stomach. Without the mucus layer, ulcer forms easily as stomach acid corrodes the stomach. These happen commonly in those taking pain medications for long term, especially in cases of arthritis. In case that taking the medications on a daily basis is compulsory, discuss with your doctor on adding a second medication such as Zantac to reduce acid in the stomach. Besides that, when consuming these medications, always have it after having some food and water. This has been proven to ease stomach upsets.

The purpose of a food diary is to record all of your food intake. This is because certain foods may make the symptoms of chronic gastritis worse. The timing of food intake and the name of the food should be written. This will help you to pinpoint the exact food that may have caused your symptoms. Foods that are highly acidic, spicy or fatty such as caffeine, orange juice or deep-fried food may trigger the gastritis. Once the offending foods are identified, you will need to cut back or eliminate them from your diet. Besides that, you are advised to eat small meals that are frequent.

Smoking increases the risk to a number of diseases such as peptic ulcer disease, mouth, and oesophagus and stomach cancer. The active ingredients in cigarettes causes mucosal cells to die, stops the renewal of cells and decreases the blood flow to the digestive system, thus inhibiting ulcer healing.

Always choose water to hydrate yourself. It is also highly advisable to cut back on alcohol consumption as alcohol is known to increase the inflammation in the stomach. Alcohol is corrosive to the digestive tract. In the long run, alcohol is associated with an increased risk of cancer of the digestive system that includes oesophagus, stomach and pancreas. It also triggers acid reflux where the stomach acid burns the throat.

Stress is also known to induce gastritis. To identify this, you need to figure out the major stressors in your life first. It may be an emotional or physical stress such as surgery. For starters, always make sure that you have a healthy diet and have enough of rest. Eat food that are low in fat and high in fibre. Sleeping for at least seven hours a day is very important. If there is an ongoing emotional stress, it is a good step to consult a therapist if required. Besides that, exercising regularly and using relaxation techniques will help you both physically and mentally.

There are various information given online for the usage of Chronic Gastritis. You can find more about it on https://www.doctoroncall.com.my/soalan/chronic-gastric-gastrik-kronik.

Wellness Coach: What Are Their Responsibilities and Skill Requirement

COVID-19 Testing amidst the Omicron Variant: Everything You Need to Know

Key Things You Need to Know About Coronavirus Disease

How To Achieve Harder Erections Forever